Sharks have got a lot of bad press recently so you can imagine our TERROR the other day when we saw this vicious beast leap from the calm ocean and lumber up the beach towards us shuffling on his fearsome belly. 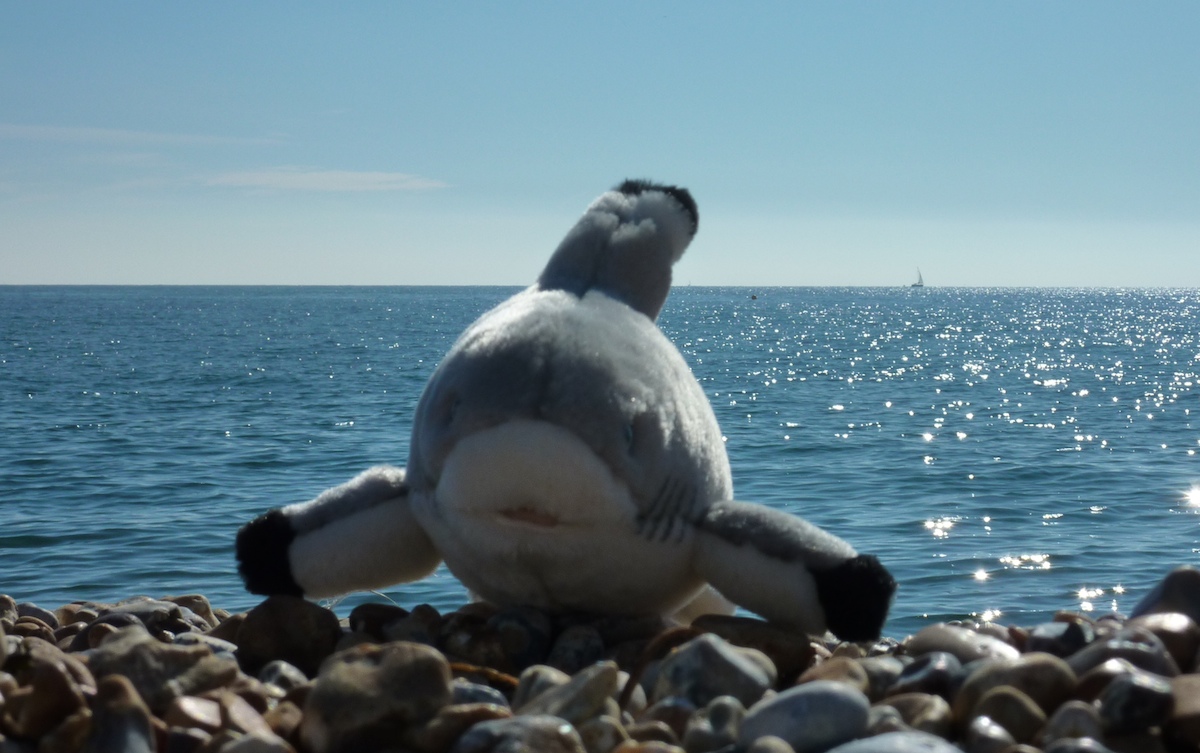 He went for the Baby Cobra, but she fought back. She grabbed him, waved him around like a flag and then started chewing on his fins… which is no bad thing because it distracted her from sucking on pebbles and miscellaneous suspicious beach detritus. In the meanwhile, whilst Mr Shark considered his deep regret for such an ill-conceived attack and we finished our delicious beach-BBQ which included some rather delicious home-made burgers. I’d love to take credit for them, but that goes to another member of the Cobra family. Honestly, I really can’t believe the crap I used to eat. Why? WHY?

Still, no complaints – this could well have been the only day of summer that we’ve had this year after what was a promising start and it would have been criminal not to take full advantage of it.

This entry was posted in Miscellaneous rubbish and tagged BBQ, shark, sprummer. Bookmark the permalink.