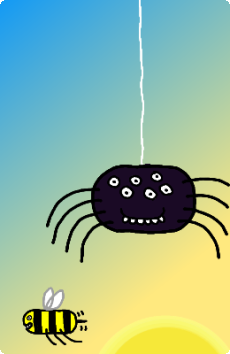 My umbrella looks like a twelve spider pileup. Instead of the glorious press-sliiiiide-sproingggg action that it used to do when I deployed it, I now get a urrggghhh, griiiiind, thuhhhhd followed by the sprinkling and tinkling sound of little bits of metal falling to the ground. I love my umbrella. Not in a munching my way through a chocolate bra sort of way, but in a fifteen years of sterling service sort of way. Amazingly, for someone who barely remembers to leave the house dressed in the morning, I have managed to not lose this awesome device. It has travelled to many countries, it has been carried to London and back twice a week for half a year and despite my ability to go to the shops for some bog rolls and instead come back with a bottle of wine, some chocolates and a trifle, Mr Umbrella is still in my possession. The dictionary should define miracle as “Cobra’s umbrella still being with him”. It has protected me from the rain and has sprung to service at the press of a button. You don’t just throw away an umbrella like this, you nurse it through its final days and then, finally, when it is unable to unfurl its beautiful protecting structure it gets a burial and a suitable speech.

Mrs Cobras, of course, would slip it into the bin when I wasn’t looking if she saw just how much work is now involved to get the thing into a position where it is able to protect me from the British weather. It now involves a press, a manoeuvring of several bits of metal, holding one bit with one hand and springing it back whilst detangling some of the skeleton and then a brute force shove to deploy the two thirds or so that actually open. This requires three hands and the last time I counted I had one fully usable one and one that still aches after a bus tried to run me over the other week.

Part of the problem is that stuff like this is hard to find. Most umbrellas I have seen last a matter of months before falling to pieces (“they don’t make them like they used to”, etc., said the old man). Finding one as amazing as mine is a challenge of proportions that are matched only by finding a replacement wallet. I count myself lucky that for a third of my life I have had my umbrella to look after me. My wallet, on the other hand, I simply could not find a replacement for. I have travelled the world checking wallet stores (not specifically, you understand, I just happened to check for wallets whilst I was there so don’t think I went on a world tour just to find a new wallet) without success. Mrs Cobras achieved nothing short of a metric miracle when she found a replacement for me for Christmas. It took me two weeks to move in to it, but I have succeeded…

… although I’ve kept the old wallet. As a reminder. Why, who knows. It’ll sit there on the shelf still full of Chinese and Brazilian bank notes, old receipts and business cards for businesses that no longer exist until Mrs Cobras comes up with a nifty scheme for sneaking it into the bin without me noticing. I don’t know what it is about me and throwing things away. I’m not an obsessive hoarder, but I do – for some reason – believe that credit card statements from 1994 will, one day, have a value beyond laughter. This pretty much made the loft a fossil record: the further back from the loft entrance you moved, the further back in time you went. I had boxes and manuals for electrical devices that I have not owned for nearly twenty years. It took six car loads just to take the old boxes away (whilst doing this mammoth pre-baby-cobra tidy-out I discovered a plate that had the following things on it: a fork, some oven chips and a piece of tomato ketchup that was harder than steel. Given the style of plate, I date it to approximately 1995. If anyone can offer a plausible reason for me to be eating oven chips in my own loft when I have several perfectly serviceable rooms complete with furniture, I’d love to hear from you. I’ve got nothing.)

I’m pretty sure that when we finally move, despite 2010’s extensive clean-out, it will be a voyage of discovery and embarrassment one way or the other.

However, I am pretty sure that all the old “magazines” were safely carted away to the tip.

This entry was posted in Miscellaneous rubbish and tagged cobra art, spider, umbrella. Bookmark the permalink.