April cactus: the weather’s dry, the schedule’s a tumbleweed

Well, play my piano and polish my sideboard, another month has gone by. Not a drop of rain has fallen and I recently saw the phrase “April Showers” pack his bags and trudge slowly to catch a bus out of here. He could be waiting some time. Anyhoo, it’s time for the second monthly progress update on the iPhone game, so, an HTML table that needs no introduction, here’s the schedule! *applause* 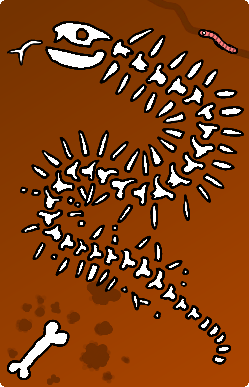 But there is a glimmer of light at the end of the tunnel that isn’t from the train coming the other direction. A very good friend of mine (who just so happens to be a rather splendiferous artist) has kindly offered to knock out a couple of little things for me that might help me imagine what the game could look like if, say, hell froze over, hot snow fell upwards, I was capable of shitting gold ingots and actually got this game finished.

Other developments of interest are that I have done a lot more Mac OSX development this month and have found the whole thing an absolute pleasure. It turns out that if you replace the UI with NS in front of most Cocoa Touch iOS classes, you end up with the OSX ones. Neat. Indeed, programming for the Mac is such a whopping delight of general niceness that I’ve realised I could easily write my level editor there. It’s kinda refreshing when you don’t have to fight with the development environment to get stuff done.

An OSX level editor would mean that the only reason I have to boot into the PC side is to use Paint .NET for my artistic masterpieces such as the the germs, irregular pigeon (who we’ll be seeing again soon in part 3 of my “how to look like you’re making more progress in French than you are” series), Darth Giraffe (I’m really chuffed with him) and the cobra family. If I can rope in one of my friends for level design, I could be on to something.

But let’s face it, May is a fantastic month: it’s the height of sprummer and I plan on getting up an hour earlier twice a week in order to make some genuine progress on the game. I feel fired up! And hungry. Quality burgers all round! Where’s the charcoal?

–
PS: On the subject of roaring successes during April, it would be remiss of me not to observe the stunning success of my micro-blogging exercise! YES! After a few weeks, I’ve achieved three, yes, three tweets and an incredible ZERO followers! What’s that? Yes, a golf clap is appropriate…
This entry was posted in My iPhone game and tagged cobra art, iPhone, poor snake, schedules, slow progress, sprummer. Bookmark the permalink.

4 Responses to April cactus: the weather’s dry, the schedule’s a tumbleweed