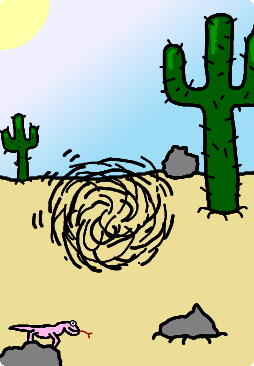 The tumbleweed of progress rolls on with determination and purpose

“Well, Mr Cobra, huge progress has been made. Whilst I don’t want to give away exactly what it is or how I did it, I’d like to show you the code that has been written in the last year”

Ok, well, this is exciting, actual code from the iPhone project itself and what’s more, a whole year’s worth! Let’s pull back the curtains of amazement and see what’s there:

Incredible work, I’m sure you’ll agree. This masterpiece of programming ensures that the vertical scrollbar on the map editor isn’t upside down because I decided, for reasons that are known only to me, that I was going to treat the co-ordinate 0, 0 as top-left as opposed to bottom-left which is what the Mac really wants me to do. Still, nothing like pushing square pegs into round holes to make one’s life a smidgen more interesting.

So that’s another five minutes chopped off the overall schedule. Let’s see what that does to the scores on the doors since April 2011’s update:

Since the last real update I did indeed engage an artist and I have indeed taken delivery of some graphics and they look stunning so some progress was made even if it wasn’t by me.

The current plan is to spend half an hour of train time and an hour of Baby-Cobra-Is-Asleep time in the evening each week for the next fortnight to see if I can get the map editor fully ship-shape: split view user interface, full loading and saving of the binary level file format, all the new graphics in it, ability to place the bad guys on each level and so forth. Honestly, it’s rapid progress like that which leads to the invention of teleporters, rocket packs and egg based nuclear fusion. Obviously Tesla’s Excuseomatic 4000 is idling away in the background ready to provide a really good reason why the above plan turns out to be a load of bollocks, but half the battle is deciding to do it and if I can decide to do it several times then all those halves should add up. Rock and roll, groovers, next stop the App Store where I plan on selling five, maybe SIX copies of my masterpiece!

–
Update: I’ve just realised that I’ve been “working” on this game for well over two years now. One line of actual code in half a year is bloody shoddy. By the time I finish it, it will be out of fashion and dated. So I’ll release it with tag lines like “classic gameplay” and “relive your gaming youth” which should do it, eh?