Rollin’ contracts rollin’… Until the END OF TIME ITSELF 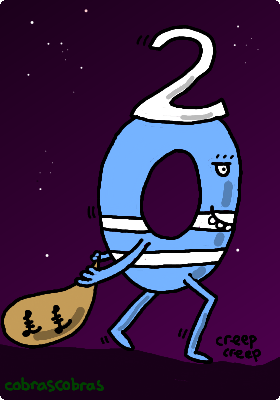 O2, sneaking off with my money AGAIN, yesterday. And probably tomorrow.

We’ve all laughed and giggled at pictures of those people on TV queueing on launch day for some device or another. Well, back in May 2010, I was those people. At 7AM (and this was pre-baby cobra, so 7AM was an outrageous time in the morning) there I was waiting patiently in line for an iPad 1.

Apple were awesome: they walked the queues and asked everyone which device they wanted in order to assure everyone that they were not waiting in vain. Furthermore, they fed us croissants, pain au chocolats and water as well as taking pictures and encouraging a friendly, cheery atmosphere. They topped off the anticipation by letting us all touch and feel the fondle-slabs that we were about to purchase and showed off all the groovy things that they could do. For the walking dead, e.g., me, this was a welcome gift. In less than a Martian jiffy, everyone was socialising, chatting and generally soaking in what turned out to be a wonderfully memorable experience.

I picked the 32GB version with 3G. I picked 3G because I wanted it to work when travelling and those meanies at O2 didn’t allow tethering of my iPhone without jail breaking it and I wasn’t prepared to do that. Also, I liked the idea of being able to use it independently of a phone so talked myself into the 3G model. Because O2 hadn’t given me any real problems with the phone I thought, yeah, why not – I will get their rolling one month data contract. Saucesomeness!

And that was how it was until two years later. I enjoyed every little bit of the original iPad and today it still serves as a Spongebob Squarepants viewing device for the baby cobra, without which, I am sure Mrs Cobras and I would find parenting at least nine levels more difficult. This year, though, with the word processor on the iPad grinding to a halt and crashing all the time due to lack of memory I came to the conclusion that via the medium of software updates it had been upgraded to obsolescence. Having drooled over an iPad 3, or “New iPad” as they chose to call it for some baffling reason, I decided to take the plunge. Oh yeah, it was mine, all mine!

I checked with my chums at O2 and they said “yes, just take the SIM out of the iPad 1 slide it into the new device and in three shakes of a baby rattlesnake’s tail you’ll be surfing the Internet like a teenager searching for pictures of boobs”. So I did, but without the boobs. And it sort of worked. But not quite. It kept cutting out with outstandingly inaccurate messages like “No data remaining” when I had over 3GB, or “Data roaming not enabled” when I was here in my house. I tried the usual jazz like taking the SIM card out, cleaning the contacts, putting it back and so forth but alas, a reliable data connection I could not get.

Eventually, I popped into the O2 store and they fed me some bollocks (from their poor man’s Genius Bar rip off, the O2 “gurus”) about the widget’s flux capacitor not being connected to the rear electron plasmasope which, somehow, meant I needed a new SIM. No worries, though, he could do that right now here at the store and all would be good. That, it turns out, was incorrect. According to the many, many hours of phone conversations I endured from April to August this year, one thing O2 and I can agree on: iPad rolling contracts cannot have a SIM transfer. A new SIM requires one contract to be cancelled and a new one to be started.

So, after a further couple of weeks of shenanigans a contract switcheroo was what I did back in the O2 store. I remember asking this question: “the accounts are an email address: will there be any issues if I use the same email address that I used for the previous account?”. “No”, he said, “that will be fine”. Of course, by “no” he meant “yes”. Everything was pretty much tits up from then in. Sometimes I had data, other times I did not. It always seemed to depend on the day, the place and the weather. I tried various APN settings and managed to establish that depending on my geographic location and the APN settings I may or may not be able to get some data services. In fact, it was ALMOST AS IF I HAD TWO ACCOUNTS, and the O2 data details and cell towers were accessing one or the other. If they accessed the old one, data would not work (for cancelled, it was) and if it accessed the new one data would work (for paying for it, I am). Of course, on the train to London, this was hilarious. I could just about keep a data connection going by changing the APN settings twenty or thirty times, but basically, the whole thing was fucked and it was time to bail out.

I spoke to O2 again. They said it was Apple’s fault.

I spoke to Apple. They did a complete device diagnostic for me there and then. No, they said, this device is in tip top condition. It’s O2.

So I rang O2 again and for the first time I spoke to someone who gave the impression of giving a rat’s arse. He called me back so I wasn’t paying for it and for the next hour or two we worked through everything. In the end we concluded that two unfortunate things were providing the foundations for these issues:

I said I would try a one month Three SIM to confirm the device was really fine and if that worked I would have to cancel the O2 account because that part seems unfixable. He was super sympathetic and said “no problems, I will make a note of all this on your account so that it can be promptly sorted for you and if you do have to cancel we will refund these months where you have not been able to use it”. I was grateful that, at last, someone competent had worked with me even though, all in, this had taken a good day of my life that I would never, ever get back.

Oh well, it was a good run, but time to cut loose

The Three SIM was fine, of course. I called O2 back. What? NO NOTE on my account, you say? How about on the previous account? Nope. Right, well… and I explained the whole sorry affair. The bloke I was speaking to was irritable, rude and generally treating me like a fuckwit of the highest order despite me being amazingly calm and polite given the pigeons’s bumstack that O2 had made of this so far. Part of the conversation went like this:

“I cannot cancel your account over the phone. You must do it on the device.”

“Well, put the SIM card back in”

“I know you’re frustrated by me, but as I have explained, I can’t. The SIM card doesn’t work.”

After we had gone around and around he went to speak to his manager, take a smoke break or have a crap or whatever it was he did for a few minutes and came back with a completely new attitude. Perhaps he had discovered that his call was being recorded for training purposes or maybe he just had a change of heart and decided to push the boat out and provide some customer service. We’ll never know. Either way, he was mysteriously suddenly able to cancel the account after all and refunded me the money for the previous two months. He then apologised and said that he dearly hoped that the experience that I had had not tarnished my views on O2 too much. I thanked him for helping and said “well, I am happy with you guys on the iPhone, so it can’t be that bad, eh?”

So the whole sorry affair was over:

Uh oh, what’s that on my credit card bill at the end of July alongside the earlier refunds? Let’s take a little peek:

They mostly charge at night. Mostly.

I was furious. British furious, but furious nonetheless. So I used my massive Twitter following of seven to vent my frustration. I also spoke to an online helper at O2‘s web site who worked through the problem and assured me that, this time, it was cancelled and the payment refunded. And, as you can see from the statement above, billed on the 4th, refunded on the 13th. O2 tweeted me back to see if all was good and I said that, so far, it was… but we’d see at the end of August.

And guess what arrived in my mailbox the other day. Go on. You never will.

Billed again. I didn’t believe it. I actually had to check with the credit card company just to be sure. Don’t you love the bit where Martin Bould, and I paraphrase for brevity, says “just to say thank-you, I’ve given you some fucking data you can’t bloody use because your SIM card is broken which is why you’ve cancelled your account more than once recently.” I’ve gone from annoyed through fifty shades of angry to bloody furious. STOP STEALING MY MONEY.

So, O2, I do not know what to do. Each month from April you have effectively stolen a tenner of my money for a service I cannot get. I have been lied to, it would appear, by everyone. Even those that gave the impression of trying to sincerely help have achieved nothing. The refunds have long since got cancelled out by the costs of calling you on the phone and I am at least a day down dealing with this. How can I stop this? CAN I stop this?

Still, on the bright side, my ‘phone contract is up and Apple squeezed out the underwhelming iPhone 5 so if nothing else, I can – for once – do something un-British and actually vote with my feet and quit O2 entirely rather than just moaning about it… I just wonder how long they’ll keep billing me for that, too.

It pains me to even consider moving to a network so cheesily named as Everything Everywhere with their bloody awful 1950s peanut style logo in order to sample the five square metres that one is going to be able to access 4G in this country, so maybe it’s time to think about returning to Vodafone. Perhaps a comforting bottle of castle nine popes will help. Honestly, it feels like choosing a franchisee for the West Coast Mainline, I’m going to lose regardless but what’s the worst that can happen?

I’ll keep you, my reader, updated on this rolling train wreck but I truly expect to – literally – be still be dealing with this at Christmas.

Help me, Internet Publicity Wan Kenobi, you’re my only hope.

–
Well, the credit card company for this card are awesome: they, it appears, are able to do what O2 can’t do. Let’s see! Oooooo, the excitement!