The first rule of Book Club is that we talk about Book Club as often as we can because books are cool. Recently, I read The Pillars of the Earth by Ken Follett. It was forced on me by my friend whose family the Cobras stayed with over christmas. Thick enough to beat someone to death with, I regarded it with suspicion. The Lord of the Rings books are also that thick and they are unbelievably verbose. Let’s face it, no matter what you think of ‘em, you have to admit: Tolkien uses 1000 words where 100 would have done and that makes it hard work. You have to put in effort to read those books. I want the pages in my book to turn themselves. Not because there is some freaky octopus-spider mutant thing doing it, but because I’m so tied up in the book that I’m reading that I simply don’t notice the pages go by. I want to see the book. In short, I want suspension of disbelief. I want to be there. In the book. 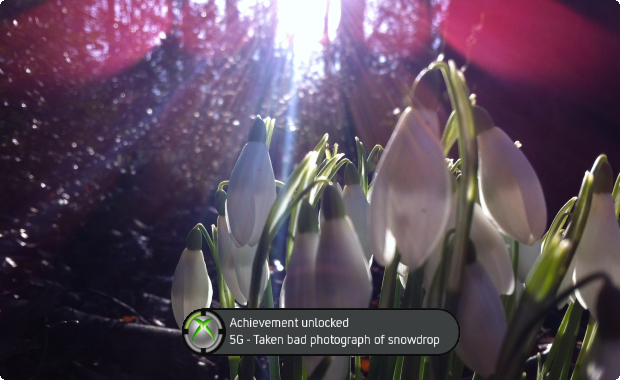 ... and I thought I was really there for a moment before reality was piddled away achievement by achievement

Begrudgingly, I looked at the back of the book’s cover. Meh. Medieval this, cathedral that, castle here, church there, blah blah blah. Well, frankly, on a scale of 1 to unexpected orgasm, my parts didn’t even twitch. Let’s face it, it didn’t exactly look like my field of interest. However, everyone around said “oh, that book is amazing, you won’t regret it”. So, with a Caipirinha passing by every minute or two I read the introduction and begun.

There is then a “scene missing” of about ten days. I remember the story, I remember the characters, I remember the tears, the smiles, the laughter, the sadness and I can picture all the major scenes. I saw that book as though it was a movie or as though I was there. I don’t, however, remember turning the pages. This book simply read itself. I sat in front of it and absorbed it. Isn’t that amazing? To me, that’s a sign of a brilliant author penning a fantastic story using incredible structure and economy of words. Nothing was wasted: each and every page contributed to the experience… and I must say, what an experience. If you have not read this book, I recommend it: it gets five out of five snakes on the Cobra rattle-scale.

If a book, which is just a pile of paper bound together with glue, can take me to another world with such effectiveness, why is suspension of disbelief so hard to achieve in computer games? With the book, the author must construct the renderings in my mind. He must put faces, expressions and emotions into the characters that are so effective that I don’t notice that black ink on white paper is what’s doing it. That’s hard and it is a skill that I simply do not have. I’ve tried to write fiction before with no success (at one point, I wrote 30,000 words of a novel that was so fucking bad that it is eclipsed by Vogon Poetry by fifty furlongs and a country mile). I guess I could practice, but even looking at my previous efforts makes my eyes burn.

Books aside, I just don’t understand why computer games represent such a challenge; modern graphics can draw scenes of incredible fidelity, render characters with extraordinary emotional depth and modern computers are powerful enough to model the physics and dynamics of a world to such accuracy that not only can it look real, but it can feel real.

One of the rare occasions that I felt true suspension of disbelief in a computer game was Elite on the BBC micro. Written in ten or so thousand bytes of memory and relying on emergence like you wouldn’t believe it created an environment that you could fall into with such ease that it should probably have carried an addiction warning. Even though the graphics were shudderingly bad by today’s standards, they were utterly remarkable by what was believed to be possible at the time. It was 3D! THREE-DEE! That’s one more dee than two-dee. And I had a spaceship! At last! In the quarter of a century that has slipped by since, Moore’s Law has held true and by jingo have we moved on. Yet, in so many cases, the characters in computer games are wooden, their personalities stale, their interactions totally implausible and the environments they inhabit feel wrong… for some reason. Then, in the few cases where I do fall into an environment, there are a stack of things to remind me that I’m playing a computer game. Things like achievements popping up on the screen, menus, odd statistics and unrealistic measurements like some arbitrary “health value”. In fact, in most cases, the whole UI represents a constant reminder that I am playing a computer game and not part of a world. Of course, this doesn’t even touch on being jerked from absorption by poorly disguised technical restrictions. Why is there an invisible barrier here? Why can I pick up that rock, but not that one? Why do I need a key to open that clearly rotten wooden door when I could knock it down with a sneeze if the artwork is supposed to be even remotely accurate?

Development and design philosophies appropriate for the creation of meaningful, plausible virtual worlds are a subject of their own entirely which, mercifully, I’ll ignore today. What it boils down to is that I want a Holodeck. I want the Matrix in my living room. I want to visit a virtual world and be there.

I’d be lying if I said I didn’t have a plan. It has been cooking for nearly half my life. Let’s hope that I don’t die with it, eh? I am, after all, getting old.