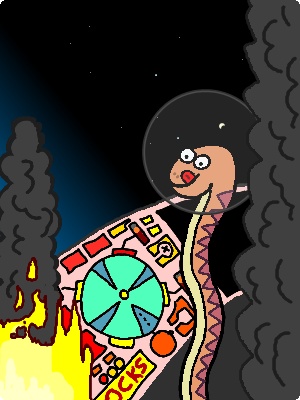 Needless to say, I have another idea. It is something that has been forming gradually in my mind for over twenty years. It is something that, until now, I could not see being possible without a huge team and a suitcase full of money. Then, whilst soaking in a particularly relaxing bath a week or two back, I had a bit of a brainwave. I finally figured out how to do it quickly and easily: like figuring out how to make a 10,000 piece jigsaw puzzle assemble itself using nothing but the power of bacon. It is terribly exciting. I have had a (non sexual) tingle of anticipation over this idea that I have not felt for a while. Like all massive strokes of good fortune, I am currently in the ‘surely there is a catch’ stage. I have not found said catch yet so I am going to give it some thought during the next month or so. July is a busy month for me work wise so I will let the idea roll around my braiiiiins for a bit and perhaps sketch a few ideas and maybe even try out an algorithm or two to see if my hunch is right. In the meanwhile, there are BBQs to be had and much wine to be drunk.
This entry was posted in My iPhone game and tagged braiiiiins, cobra art, schedules, space snake, u-turn. Bookmark the permalink.